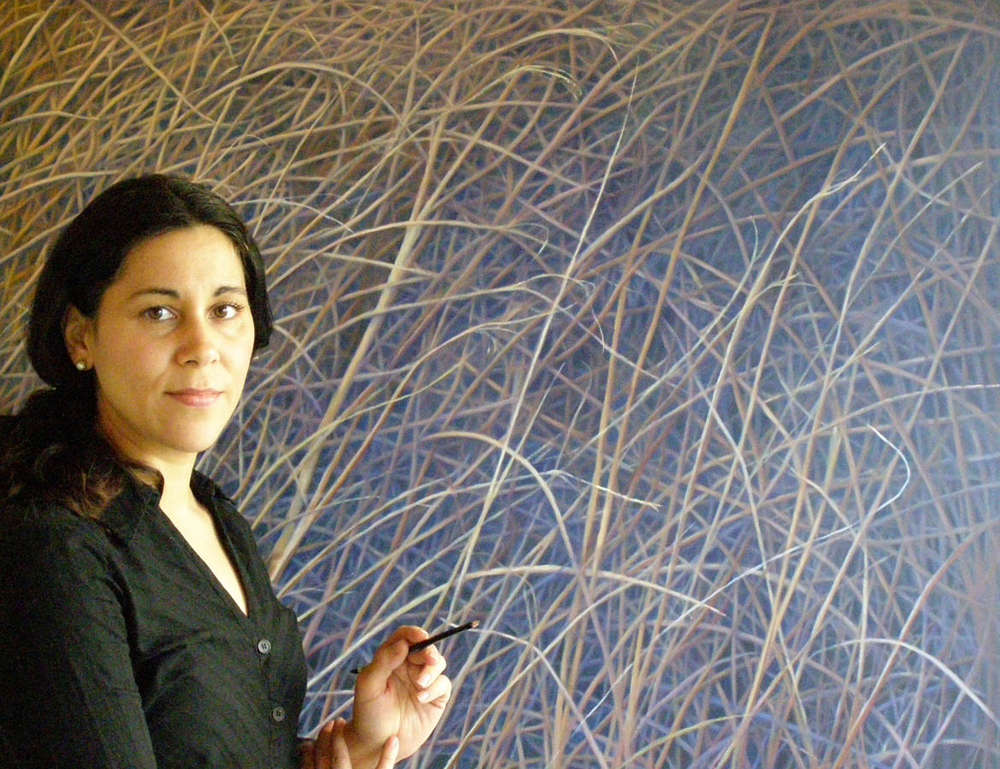 Melissa Imossi is an award-winning contemporary realist painter. She was born on Long Island, NY. There she acquired a passion for the natural world and ways of capturing the essence of that beauty through art. She is known for her close-up studies of nature, where she examines the graphic quality of a single subject, emphasizing symmetry, repetition and rhythm. By focusing on the flow of light on these forms, she seems to direct the viewers into the painting itself, transporting them into another world.

Melissa’s unique style has been honed through years of study and discipline. After taking classes at the Art Students League in NY, Melissa realized that she wanted to focus on art full-time and traveled to Florence, Italy where she studied Old Master techniques at the prestigious Angel Academy of Art. In 2005, after only 2 years at the Academy, Melissa won “First Place” in The Artist Magazine’s student competition in 2005. In 2006, she was a “Finalist” in the Artist Magazine Annual Competition, competing against 10,000 entries. She continued to hone her skills and develop her style at two other studios in Florence before returning to the Northeast.

While back in the States in  2010, she won an “Award of Merit” from Joan Young, curator of the Guggenheim Museum in 2010. Recently, she won “Best in Show” in the American Art Awards juried by 25 of the leading galleries in the U.S.  In 2014, she won a “Williams Prize for Drawing Award” and the “Graphic Arts Award” at the “Academic Association 68th Annual National Exhibit” in 2018.  She is an Elected Member of the Lyme Art Association, Connectict Academy of FIne Arts, Madison Art Society and the Academic Artists Association.  She is also a member of the American Woman Artists Association.   Melissa is now living in Madison, CT.